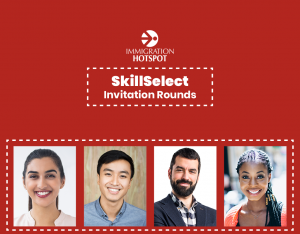 The table below shows the number of invitations issued in the Skill Select invitation round on 11 September 2018.

During 2018-19 program year the following numbers of invitations have been issued:

The following graph shows the points for clients who were invited to apply in the 11 September 2018 round.

The highest ranked clients by points score are invited to apply for the relevant visa. For clients who have equal points scores, the time at which they reached their points score for that subclass (referred to as the date of effect) determines their order of invitation. Expressions of Interest with earlier dates of effect are invited before later dates.

Due to high levels of demand, and in keeping with previous years, the below occupation groups will be subject to pro rata arrangements to ensure availability of invitations across the program year.

Point scores and the dates of effect cut off for the pro rata occupations in the 11 September 2018 invitation round.

My “Top 5 Observations” from 11 Sep 2018 invitation round results

The standout occupation was that of Electronics Engineer as the required points score reduced to 70 points from 75 in previous round, however, there is still a massive backlog of about 10 months at 70 points at this stage. The next few rounds will confirm the rate at which this backlog will be cleared with.

The minimum score an invitation was issued for in this round continued to be at 70 points.
This means that there were enough Expression of Interest (EOIs) lodged previously with a score of 70 points or above, and EOIs with a score of 65 points were NOT issued any invitations again in this round. The competition remains strong and it is highly recommended that applicants seriously consider maximising their points test scores to improve their prospects of receiving an invitation.

There is still no change to Subclass 489 family sponsored EOI’s being invited. Invitations for this subclass remain very low at only 10 per month, requiring a minimum points-test score of 80 (70+10 SC 489-relative sponsored points). We believe that this trend would continue indicating that Department is giving low priority to Relative Sponsored applicants and preferring independent higher scoring applicants.

Non pro-rata occupations are those for which there is less demand for places as compared to the occupations that are pro-rated.

The minimum points-test score for non-pro rata SC189 occupation EOI to be invited remained at 70 points.
Given the current trend, a person who has lodged an Expression of Interest (EOI) for a Subclass 189 non pro-rata occupation would need to wait approximately 3-4 months depending on occupation to receive an invitation if they have reached the score of 70 points.

Pro-rata occupations are those for which there is high demand, which is generally more than there are actual number of places available for the occupations.

There is immense competition currently to be invited under most of the pro-rata occupations.

In this round, ICT Business Analysts were invited at 75 points within 12 weeks and nearly 1.5 months worth of backlog was cleared.

For Accountants, Auditors etc. there remains a heavy backlog of 80 pointers still.
Over two months worth of backlog was cleared in this round.

Should DHA continue the trend of number of invitations to be the same or higher than 2490 per month, then it is highly likely that these scores would reduce in the upcoming invitation rounds.

Once we have the Oct 2018 round results, it would become clearer and assist us in being able to better forecast the invitation trends.

Top strategies to help you maximise your prospects of receiving an Invitation?

There are multiple strategies you can implement to increase your points score to receive an Invitation to Apply as per below:

Nomination by a State or Union Territory Government in Australia is an excellent opportunity for many people.

Since last year, we have had many clients who have not been able to receive an Invitation via SkillSelect under Subclass 189 pathway however, have been successful in obtaining Subclass 190 or Subclass 489 nominations depending on their occupations.

Although, subclass 189 invitations are only be sent to applicants with an EOI lodged under an occupation listed on the MLTSSL.

However, many states and regions have other occupations in demand and are keen to sponsor occupations listed on all three skilled migration occupation lists including the: MLTSSL, STSOL and ROL.

This means should you be successful in obtaining State or Regional nomination, you will be able to receive an invitation to apply via SkillSelect without the need to obtain really high points score.

Increasing your English Language Test Score (up to 20 points)

English Language score is the single most important criteria that can assist you by adding 20 points to your overall points-test score.

Partner Skill Qualifications (up to 5 points)

If your Spouse or De-Facto Partner can pass a skills assessment in an occupation on the applicable Skilled Occupation List for your subclass.

if you have passed a professional interpreter or translator Credentialled Community Language (CCL) Test i.e. from Arabic to English, or Hindi to English (or another language and/or direction) by NAATI,

then you may be able to claim additional points.

Tertiary education in Australia (up to 10 points)

If you have completed tertiary education in Australia and especially if you have studied in a regional area of Australia, you may be able to claim additional points for that.

Professional Year completed in Australia (up to 5 points)

If you have completed a professional year by a government recognised provider in Australia, you may be eligible to claim additional points.

It is positive news for all applicants that DHA have continued the total number of invitations of 2490 for Subclass 189.

Undoubtedly, there is immense competition in being able to receive an invitation in subclass 189 pro-rata occupation and high point scorers will continue to be invited first.

David Coleman has been appointed the new minister for immigration, and the changes in the skilled migration program continue to be announced and will need to be closely watched by all prospective applicants. As per the recent announcements made by the new minister for immigration, there is a push towards regional migration and the current government is considering extending the wait to 5 years on Regional visa from 2 years currently.

The current push towards “regional areas” would also drive new demand for Regional Sponsored Migration Scheme (RSMS) in the near future.

We strongly recommend you to seek advice from a reputable Registered Migration Agent or Solicitor who specialise in Australian migration law.

If you would like more information on how these changes could affect your case,  please book an Initial Consultation.

Which strategies have you implemented to maximise your points score?

Top Tips on how to claim Overseas and Australian employment points December 24, 2018 | 127