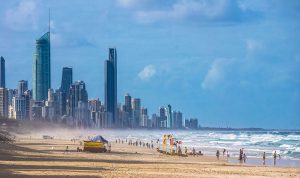 Queensland has started a campaign to allure innovators from South Asian Countries to visit the state and set their operations in the state territory. The campaign will provide opportunity to the local entrepreneurs to work with the potential Innovators and Entrepreneurs.

Australian State of natural landscapes and business opportunity has kick started a campaign to scale the innovations to ‘Global Environment’. The state is going to host two innovators and entrepreneurs from India this year to understand the global market and new possibilities for the state’s growth.

Study Queensland in collaboration with Advance Queensland have jointly launched the Indian Innovators Campaign that is inviting Indian innovators to work with the local companies and education providers.

“India has one of the fastest growing economies on the planet. It’s important that Queensland entrepreneurs form strong relationships with their Indian counterparts and that’s what this program is all about,” said Ministerial Champion for International Education, Kate Jones.

This initiative from Queensland government is a part of campaign to showcase the state potential as international study and innovation hub so that new start-ups especially from India can start their operations in the state.

With the majority of the students from the South-Asian country, India is Queensland’s second biggest market, studying in Higher Education or VET in Brisbane or the Gold Coast at the moment which is expected to increase in the following years.

As a part of this campaign two Indian innovators will be visiting the state from 1st April to 7 April and meeting the leading local entrepreneurs which will open the opportunity for the activities such as Entrepreneurial Workshop and Business meet. 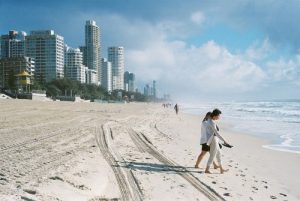 “This competition aims to educate Indian parents, agents and prospective international students on the uniqueness of being a student in Queensland and the opportunities that exist around setting up a start-up in Queensland,” Ms Willoughby said.

A selection panel will consider the applications based on the applicants’ ability to deliver on the key requirements of the project and set criteria, including social media impact, genuine innovation, creative design and the potential to be the next ‘big thing’.

The competition applications will close on Monday.

The cost of the visit will be funded by the state.

This campaign, indeed, will open the doors to the new opportunities for both the countries to share and acknowledge the possibilities of innovation.